LEAF follows these steps: (be aware the numbers in the figure are not the order of execution)

We tested LEAF on a generated dataset. The generator simulates the execution of one task that can encountered 4 different failure. We aim to see how quick LEAF learn by measuring the evolution of the correctness over the number of situations encountered. The correctness rate of failureless and most efficient task selection. We compared LEAF to a state-of-the-art statistic-based approach. 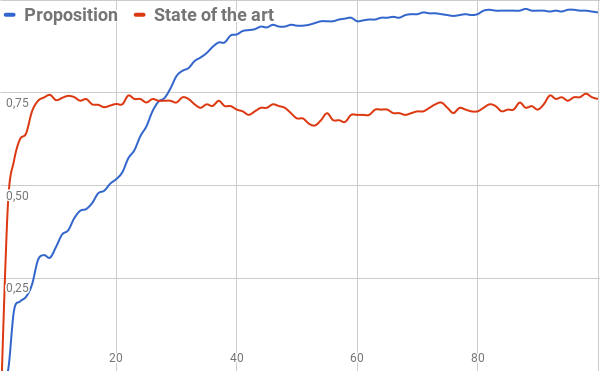 In (short) conclusion: LEAF leans slower as it relies on validation, but achieve a very high correctness, in other, LEAF trades correctness over time.